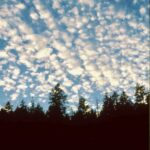 9 p.m. Just got the children to bed. We have the lights on but it’s still quite light outside. Bob flew to Bakersfield this evening. He’ll get back to Weaverville Thursday night but won’t come here until Friday night.

July 13th
I’m writing this in Weaverville while waiting for Bob to come back from Redding with the car. We’re taking it to a Swiss man named Fritz in Palo Cedro. Bob left around 6:30 a.m. and it’s about 2:30 now. 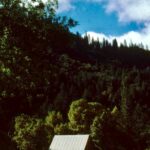 I was just outside changing a sprinkler. Was dragging it over into the rose garden, below the big pine and madrone, when suddenly a bird squawked and flew up from under my feet! Really startled me. It was a quail, sitting on her nest and I’d nearly stepped on her. I came in and got the children so they could see too—There are ten eggs, cream colored with brown spots. I hope she’ll return and hatch them. The nest is just a slightly cleared area among the pine needles, with iris leaves lying close around it. She was snuggled down so that her back was almost level with the needles. 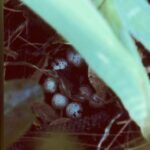 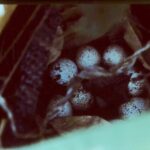 I had a strange dream last week. Bob was in Bakersfield and the children and I out at the ranch. I dreamed I was down by a small creek with steep bluffs on each side and, perched on either bluff were eagle-like shapes from gray driftwood. They belonged to Bob. It was heavily shaded there with just a glint of sunlight on the water. Then I was in an empty house whose walls were all cream colored—lots of light from the windows, no furniture. There was an envelope on the floor inside in front of a closed door. That particular room was much like the office at Castle Crags—a Dutch door with top half open, leading outside. I went in the next room and then went to turn a light switch on because suddenly I needed one. But the lights wouldn’t work (I don’t remember it being dark though). I went to get a flashlight and in another room there was a driftwood eagle shape attached to the wall and it was mine. On the opposite side of the room was a closed door and behind it I could hear some metallic noises and a whispering voice. I started running and yelled, “Help! Help! Help!” At which point I woke up and found Jeff standing by the bed. He had needed the light and was whispering to me about it. I guess I really scared him!

Sunday morning we had a little rain. I decided to tear down the outhouse. The ground squirrels were using it for a shelter and I was tired of seeing it there. Have done a lot of brushing to try to discourage them in that area. I sawed loose two of the front boards holding up the roof, wanting to get the roof off in one piece, thinking it might make a good tree house roof but have since decided that it’s too heavy and too rotten. I couldn’t tilt the roof back so wrapped a chain around the front edge, put a chain in the middle of that and, using the Come-Along, pulled the whole building over. It took the rest of the day to pry off the metal, dispose of the tacks and salvage a little of the wood. My muscles ached so that night that I could hardly go to sleep. We came into town yesterday afternoon. 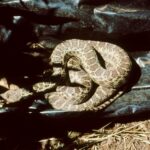 I’ve been reading Irving Stone’s biography of Freud—thought there must have been a lot of hidden meanings to my frenzied tearing down of the outhouse!

The children and I went back out to the ranch on the 14th, ate lunch and then put a new liner in the pool. The children were happy to be able to have deeper water with the new, untorn liner. Bob called from Bakersfield.

We stayed in town again the day Bob had taken the car to Fritz. He wanted to stay in town to do some calculations on the small I-beams for the bridge and it turned out the children were able to help him for a while with that and I went outside later and held a light for him until about 11 p.m.