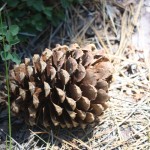 February is a short month and this year seemed even shorter because of the snowstorm followed by freezing rain that took so many branches and trees in the Willamette Valley. February also brought another loss.

It was in early February that I heard Dave was very ill with ALS. I sent him an email and he said he couldn’t talk well so emails were better than phone calls. I notified a couple other people who had worked with him and they sent emails to him as well, expressing their concern. Along with my email I sent a couple of photos I’d taken. 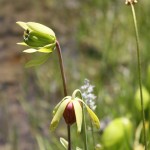 It’s a struggle that differs each day. My eyesight is going because of the muscles in my eyes.
I’m still driving though, I drive around in nature, I call it GOD’S TV.
Thank you so much for your offerings,

I first met Dave when I went to work for Easter Seals Oregon at a job here in Eugene that was meant to be for only a short while. I’d just left a fulltime job that was fairly demanding and doing clerical work half-time seemed like a good way to spend some time working for a good cause while looking for other work. I ended up working full time and staying for 10 years and added community outreach to my job description.

At that time Dave was site manager and custodian at the facility, which served senior citizens as well as many people of all ages and all abilities. Within a year our boss had left and Easter Seals was going to either shut the place down or sell to someone. They were closing many facilities because of financial problems. Clients were determined to keep the 92-degree, wheel-chair accessible pool running and raised enough money to keep it going for a while. I won’t go into details but the facility was sold and the pool kept running as a separate non-profit.

As time went on there were three of us and a supportive board running the pool. Our other co-worker, Diane, was in charge of pool staff and supervising chemicals. We called ourselves The Three Musketeers. It was a time of high stress and was a bit like supporting a family without enough money. Finances were grim. Through it all Dave saw the glass as half full.

I learned early on that Dave loved the pool and what it could do for the clients. And he loved the clients, all ages…all abilities. I didn’t know much about him outside of the job although he told us some really entertaining and sometimes wild stories of his youth. He played guitar and had friends who got together to sing and play. He liked good beer. He loved his wife, son, and grandchildren. He spoke of coming from a family with many siblings and of reunions. He was an interesting mix of contradictions. Dave wore a special bracelet that was supposed to keep one healthy. And he and I had an on-going but light-hearted disagreement about the validity of the moon landing. Politically, even with my left tilt, he leaned to the left further than anyone else I’d ever known.

I can’t play guitar now. But the pictures I love.
Thanks,

Diane left to go back to school and Dave became the person in charge of the pool. He studied for the exam and was licensed to do the pool chemicals, which now included salt water and ultra-violet light. He was in charge of the lifeguards, the condition of the pool, maintaining the facility indoors and out, and was the “go-to” person for special events, ideas on fund-raising, etc. It was hard at first for him to learn that to be the boss you can’t always be a friend. He taught himself how to use a computer. And if you gave a talk for an organization, you wanted him to be along to tell some of the good client success stories. He was generally cheerful and had a ready smile. He couldn’t sit still for long and with cell phone to his ear would race from one problem to the next. But above all Dave was a man of integrity.

I remember one special client who also loved the pool, supported it financially, and faithfully used it to maintain her health. She thought the world of him and vice-versa but once, when she was too overbearing with others in her class, he gave her a time-out for a few weeks. He could do that and still be loved and respected by her. His heart was enormous and his compassion overflowing for those less fortunate.

Things changed. We did get another good person (Thank you, Pat!) who took care of data entry and scholarships. But our once cheerful office became much less so. I went from working two days a week to retiring. Someone else was put in Dave’s position and he began to work elsewhere, coming in only to do the site management and chemicals. 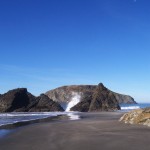 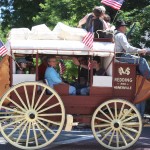 The morning of February 24th: Thanks for all the emails. I can’t type well now, because of my vision and my hands. If I don’t answer keep them coming.

I thought that if driving around looking at scenery was what Dave had wanted to do as eminent death approached, then maybe more photos, my feeble attempt to bring some of “God’s TV” to him, would be comforting and immediately sent a variety of pictures.

The next afternoon came the phone call that he had gone to the hospital the night of the 24th and had died that morning. My regrets? That I hadn’t gone to see him (I’d asked just before his last note if there was a good time) and lieu of that hadn’t sent a letter telling him what a terrific person he was.

I hope you are being appreciated in a place of beauty with a good guitar and plenty of beer.