A week ago I got up at 5 a.m. and left the house at 5:30. Drove to the Redding airport, got my tickets and ate breakfast. The plane left around 10 to 8:00 and, stopping briefly at Chico, arrived in a thick fog at S.F. around 9:00. We flew above fog for quite a while—looked as if one could get out of the plane and walk on it—beautiful! Unfortunately a woman sat next to me who insisted on talking non-stop most of the way down, despite my efforts to discourage her—family history, grandchildren’s pictures (she was only 44), etc. The boy on my right didn’t say a word. 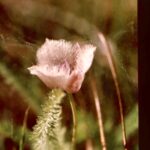 At S.F. I went down stairs to wait for the Stohl plane. It was a six –passenger, two- engine plane. Three other people were going also. Planes run about every 45 minutes between Santa Rosa and San Francisco. The fog was breaking up and we would get glimpses of green, rolling hills beneath us—very pretty.

David Joseph and Ben Kor met me at the airport and we drove up to Ukiah where we had lunch with Al Beltrami, the chairman of the board. Then we went to our motel where I rested until it was time to go to a workshop meeting at 3:00 in the courthouse. Later we went to the chairman’s house for cocktails. He lives on a hill looking out over part of Ukiah, a fairly large two-story house. His wife teaches pre-school also. I talked to the 12-year old daughter about her white mouse for a while. She keeps it in a cage in her room. We then went to dinner in a local restaurant.

Thursday morning David, Ben and I walked up and down the street looking for a restaurant for breakfast. Eventually ended up having coffee and doughnuts in a bakery. Then we went to the courthouse again where the staff lawyer drew up an oath of office for me and we got it notarized. 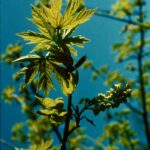 At 9:00 our meeting started. The Water Basin Plans were discussed and voted upon. I didn’t vote because I hadn’t been involved in the hearings. Did vote on the rest of the issues though. Perhaps the most interesting one involved an oil company, which is drilling for geothermal sites on BLM land, is supervised by U.S.G.S., and wouldn’t file with the Water Quality Control Board. We had a divided vote to refer the case to the Attorney General’s Office. Apparently there are a lot of conflicts between the Federal and State Government right now over jurisdiction. Saw Eugene Wixon there (my memory is that he was a Trinity County Supervisor at the time). 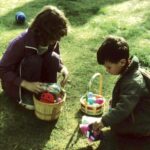 After the meeting we drove to Geyserville where I had lunch with the staff members and secretaries. Then David and Ben dropped me off at the airport where my plane arrived after about a 45-minute wait. It was clear going to S.F. but windy. That is a beautiful area from the air. When we got across that branch of the Bay we flew down the Peninsula before crossing and flying up to S.F. Met Chris Bradley (former high school student when I worked in the high school library and also substituted) at the Redding airport and gave him a ride out to Cypress St. in Redding.

I got home about 8:45. No one was home because they were at Scouts. Jeannie called while I was fixing a sandwich and we talked until my family got home. 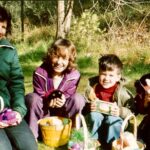 Scott worked here for awhile Sunday, taking out all the fallen barbed wire fence and hauled it to the dump. He cut brush along the fence until his chain saw broke. I took the children to the elementary school to fly Jeff’s kite but the string broke and it ended up in a tree in Lowden Park.

A week or so later, Clarke went to Redding with Clay Tucker and his parents. They left at 8:00 a.m. and didn’t get back until 7:00. It was Clay’s birthday. They watched Clay’s father fly airplanes, did some shopping, etc. Clarke brought home a bow and arrow water gun, which they bought for him. He walked in the door and threw up. I thought he was car sick but later discovered he had a fever of 102. I kept him home from School Monday.

Robin Meyer came to play with Rebecca while Fred and Jeanne took Jeff and Ann Marie on a hike up toward E. Weaver Lake.

Bob painted another coat on the metal box for Leonard’s generator. He also fixed the front and back doors so they open and close better, put weather stripping in the crack between the floor and fireplace, put the glass doors on the fireplace, and replaced the broken window in the front door.

Yesterday I decided to try to fix the sink trap and took all the pipes apart. Everything at the hardware store was too short but I got it back together. Would get it put together and a joint would leak. Would fix that and another would start. Finally, after about five hours of this, I asked Bob for help. Fortunately for my ego, he had just as much trouble. Finally he bought another section of heavy, two- inch pipe and pieced it together.

Another day I worked in the yard a lot: cut some more brush down by the redbud; transplanted some iris onto the road bank; hauled all the dead branches to the woodshed, after breaking them into firewood lengths; hauled one of Scott’s brush piles to the truck.

Friday I took a really nice walk—same route but it was warm. Took my camera and tripod and got some pictures of fawn lilies. Really could have stayed all day. Got home a little after 2:00. Fortunately Jeff didn’t have Scouts so I wasn’t needed there.

Monday had parent/teacher conferences. Both Rebecca and Jeffrey are doing well. Dale Kennedy and Betty Rourke seem pleased to know them.

April 1st the Scouts had a special magic program. I picked up Jeff after half an hour so he could go to piano lessons. He handed me a hand lotion jar and not even thinking about April Fool’s Day I opened it. Out jumped a large green thing about two-inches in diameter and about 2.5 feet long. Really startled me! He was delighted. He then used it on Mrs. Matthias at piano lessons as well as Jeannie Meyer and Bob, all with great success. He had borrowed it from Jim Ratliff.

The next week Clarke stayed with Linda Lindsey for part of two days and then a third day when Jeff joined him after school because I needed to take the car to Hostetter’s in Redding and took Rebecca to get some clothes. It was raining and the wind blowing in big gusts—made us a little late in dropping off the car. We took a taxi to get downtown to Wards. Mostly found things on sale. We’d just finished lunch at the pizza place when Doris, Linda and Lisa Ohde (Dave’s niece) came in. We visited with them while they ate and then Doris took us all to the mall. While she bought groceries the teens browsed and Rebecca and I looked for Easter toys. Then Doris took us down to the garage to get our car.

Friday night Peter and family arrived at Joneses. He was to be the guest speaker for the Forest Forum at the Gables. I’d gone down the day before to see what it was like and check to see where the outlets were. Also to see whether they had a microphone. The bartender assured me he wouldn’t need a mike and that the other diners would be kept at the far end of the room. It turned out to be a disaster from the noise and that’s all I’ll say here. It was a joint meeting with the Redding branch of the Society of American Foresters. The S.A.F. chair and the local state forester and I had all agreed it would be a good place. We had 39 people show up, not bad considering USFS had a retirement party that night that we hadn’t known about until too late to change. If that hadn’t been the case we could have rented the whole room. I was embarrassed and disappointed. Finally, the really rude table left and the questions and answers could be heard. 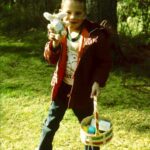 Rebecca went with Horace Jones and the grandchildren—Nick, Cedric and Jessica—to go fishing in the river near Douglas City. Alice brought Rebecca home afterwards. Peter had left a couple of days before that.

Rebecca had the job of feeding all the Meyer’s animals while they were gone for a week-twice a day. Two dogs, one rabbit, three ducks and about eight chickens and a cat. She got to keep the eggs.

All the insulation in the walls at the recreation building, for the new nursery school room, was put in wrong and has to be redone. The men were here to put in the sheetrock but couldn’t complete it because of that. I took the boys to the park while I went to see about that. Then took them to Brown’s for a snack. That afternoon I took the VW for a lube and Clarke and I walked home. I took my camera and got a few pictures on the way back. Walked down by myself to bring the car back.

Bob went to Big Bar the night before to attend a cutting plan meeting put on by the Forest Service.

That Thursday afternoon I went to a meeting put on by the Army Corps of Engineers. Supposedly they now have jurisdiction over all U.S. water. This meeting was to explain about permits, etc., for dumping fill or working in creeks. The miners turned out in full force and didn’t even allow the presentation to be finished. Those who wanted to hear how it affected timber and road building didn’t have a chance. I think enforcement by the Corps is totally unnecessary, at least in California, where Fish and Game and Water Quality Control are already strong and people like the miners shouldn’t have to file with both. However, the action of most of the miners seemed to be mostly to hear their own voices after the first half hour.

The boy cousins and our boys spent time coasting down the road in the wagons. Nick and Cedric also went down on Jeff’s bike so Jeff spent a lot of time today coasting down. Had a couple of good wrecks too!

One of the men at the Forum meeting Friday night was Hal Bowman, who used to work at the Castella mill and now works for Kimberly-Clark in Redding. Another, who works for the USFS in Redding at the Range and Experiment Station said they will be publishing this next year, a paper including our mother’s list of Castle Crags plants, to which they’ve added only a couple more. I gave him her address so they can send her a copy when it is published. 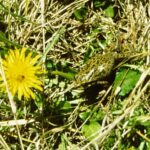 I took all the children out to the ranch on the 14th. They, and I until my voice gave out, sang all the way down, often two different songs at the same time. It was a pretty day, sunny and warm. Nick Twight was entranced by the bog and showed me all sorts of grubbies that he found in there: worms, leaches, water bugs, etc. He also discovered that the frogs hide in the muck. We found that where there was a bubble there was a frog to be scooped up. The others mostly played cowboys and Indians. I found an old bottle below the road below the barn.

I decided to rent a car to drive to Santa Rosa for the Water Board meeting and made a reservation to fly home. 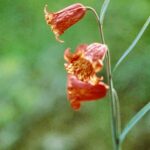 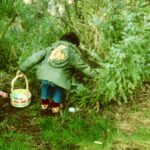 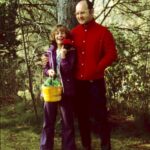