This week went by very fast. Monday I vacuumed the whole house, got my hair cut and hauled about 8-10 loads of wood from the woodshed to the porch. Also developed an aching shoulder, which by tonight has extended down nearly to my wrist.

Tuesday there was nursery school. Wednesday I wrote a letter to my parents. Oh, and Monday morning I wrote thank you letters. Clarke and I went over to visit Sue Rose and children for about an hour. Drizzling all day. Ran some stuff off at the high school. Thursday, after nursery school, I went down to Heryfords to get some estimates for our new nursery school room and spent about an hour talking to George Halcomb about costs paid for and expenses still going on. Must appear before the Board of Supervisors Monday. Picked Jeff up from piano lessons about ½ hour late.

Thursday night was nursery school night class. It was snowing but not sticking. Out East Weaver there was snow on the ground. Marcia Lane and Shirley Bishop came in from Junction City but left early. Lorena Bassham came in from Trinity Center but we sent her right home again.

This morning I took Clarke over to Florence’s and took a walk. Sweated while I was walking but got cold sitting eating lunch. Weaver Bally is coated with snow—including the trees. There were places along the trail with a skim of snow on the ground and quite a solid skim where I ate lunch up on the cutover hill above Garden Gulch. Got a couple of lichen pictures. 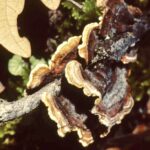 I saw a hawk circling and calling–lovely. Saw some chickadees and a nuthatch in the same tree. Lots of deer tracks. Someone had gone up the trail but apparently taken the right-hand fork, thank goodness. They were back before I was. Heavy, sweet smell wherever there were manzanitas. They have clusters of flower buds, tightly closed, and yet individual leaves and individuals clusters seem to have no scent. Strange.

I got back to town about 1:30 and rushed to get ready to go to Cubs. I had to be there because Linda Covert had a wreck and wasn’t feeling up to it. Fortunately Jane Belden was there to help and I was bit late what with getting refreshments and getting poster board for a skit. We got the faces drawn for their skit and the boys made get well cards for Linda, which I later took to her. 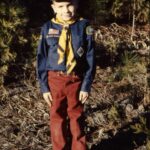 I’ve been reading some in ”The Forest Killers”, which Bob’s parents had given him for Christmas.

Florence and Leonard brought Nancy and David’s children back with them from Quincy after Christmas. So ours played some with them. Rebecca stayed over there one night with Noel and Clarke stayed one night. I wasn’t going to let Rebecca or Jeff stay over because they always stay awake too late but gave in with Rebecca and then it was too late in the week for Jeff. He really wasn’t that concerned about staying with Kent, just wanted to stay at Grandmother’s and Grandfather’s. Rebecca and Noel played in the attic room a lot with their dolls. 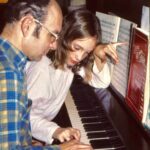 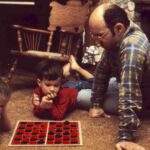 The day of Bob’s birthday we went over there for breakfast. Nancy and David had come over and were taking the children back to Quincy.

Bob has been reading “Gift of the Eagle” to Jeff. The Ohdes loaned it to us. He loves it and of course associates it with the little rubber eagle he got for Christmas.

On Saturday, 10th, I spent about an hour downtown buying groceries and running a few errands. Rebecca went over to the McMillens for the afternoon. I got Jeff to practice throwing a baseball for about 15 minutes before we went to pick her up.

Seems as if weekends are mostly cooking, washing dishes and yelling. Bob worked with Clarke on his airplane this morning. The children and I watched Tom Sawyer on TV.

I spent a lot of time working on my letter to the Board of Supervisors today. Difficult because the family expects me to be interruptible.

Now my other shoulder and side of neck are bothering. What a nuisance.

Monday morning I went to the Board of Supervisors to ask for more money to complete the proposed Nursery School Room. Took Clarke with me. Didn’t get much comment but have heard that there was further discussion which sounds promising.

A few days later I took Clarke to the new post office and to Brown’s for ice cream, as a bribe to get him to go to Linda’s so I could take a walk. It was very foggy but by noon I was up on the ridge out of it and it was all burned off by the time I got back to the car.

Saw a couple of deer. Arriving at Pinky Gulch, I startled what I think was a goshawk, which must have been preening by the water. It flew down the creek a little way, circled and lit on a large fir, which was beside the trail I’d just passed by on. It fluffed its feathers, sat for a minute, then circled back to a live oak near the stream crossing but on the opposite side. I wasn’t sure if it had perched or gone on and when I moved it flew down Pinky Gulch and across Garden Gulch. If I’d stayed still perhaps it would have gone down to the water again. It was big—about a 4-foot wing spread; curved, heavy bill with white streaks on the face and I could hear its wings whoosh as it flew. Probably the same bird I saw a year ago with the freshly killed rabbit in that area.

Got back to the car about 1:30, went home and changed out of my boots, went downtown and bought some balloons to use for the game for the Cubs and went over to the Scout House. Jane Belden arrived a few minutes later. The children were rowdy, as usual, but we got them to practice their skit a few times. Rebecca and Clarke arrived on the school bus a few minutes after we got home.

Saturday morning Rebecca went to play at Amy’s for a couple of hours. Then we all drove downriver to look at some land. Stopped at the footbridge across Jackass Gulch (?) and walked across. The children were delighted and bounced—especially Jeff. The opposite bank is steep and moss covered and I heard a beautiful bird song coming from near it. Turned out to be a water ouzel. I don’t remember having heard them sing before. Just when we arrived an elderly woman and her dog were going across. Must live in the little house we could see on the other side. It’s a U.S.F.S. trail and bridge. As we were leaving, her husband came along on a Honda and drove across, several boxes on the back. He used his feet to help the Honda get up the other side. We stopped further upriver and walked up a short road that leads to a meadow and trailhead (Ironside Mt. Trailhead I think). Got home around 5:30.

Bob and I were to eat dinner with Lucille Snyder at 6:30 so I fixed soup and toast for the kids, we changed and Bob got Linda Ohde. We got home from Lucille’s about 10:30. She seemed to be doing O.K.

The next Saturday afternoon I drove out to the ranch with Sue Rose. We had a lot of rocks to clear out but it was a beautiful day—grass was getting green in the meadow and rose hips are still a bright, shiny red. We got back about 4:30. 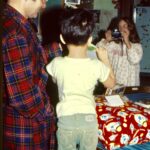 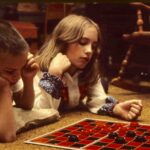 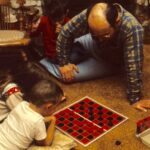