When I moved to Oregon, a good part of the first half of my life in California came along in boxes. I’m sorting those as well as some of my mother’s things. Some decisions are easy and others quite difficult. What to save, what to toss,  and what to put in a smaller box and think about later. 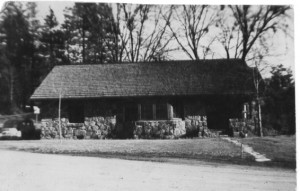 Yesterday I came across a diary that I kept for about six months in 1952.  I was 13, going on 14. We lived at Castle Crags State Park (house in above photo) for 10 years, half a mile from the nearest little village of Castella, where we went to elementary school, and six miles from Dunsmuir, where we went to high school. During the school year we had friends at school but most of the time during the summer we had only each other. Living with three brothers I played trucks, cowboys and Indians, rode bikes, climbed trees, played baseball and football,  fished and hiked. Money was scarce and it was particularly hard for me to find any kind of work going into my teens. Somehow I got started selling fishing worms to park visitors (probably not a legal activity within a park). I took one quart milk cartons, cut them into a box with a lid, covered the box with green shelf paper (stapled on), and put a stamp on that said “Susy’s SpiritedWorms” — my dad’s idea I think.

Back to the diary, because it does relate to this: June 5th, 1952. We had an 8th grade dinner last night at Flume Creek Inn- roast turkey,  gravey, salad, milk and ice ceam were provided. I wore my suit and graduation shoes. It is the first time I have worn stockings and I felt funny (of course in those days one wore a garter belt–if you don’t know what one is look it up.).  I had lots of fun. Mary  (we called our parents by their first names) sold a box of worms for me today.