Part I- In Which Hope Fades

I’ve used my GPS a few times and found it quite useful, almost magical. I was raised in rural areas and have always relied upon landmarks—turn right at the red barn, go five miles up a winding road until you see a wooden sign that a bear has chewed on, look for a 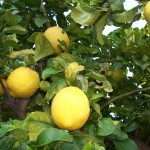 big fire-scarred ponderosa pine–and I tend to be geographically confused in urban settings. My GPS, the few times I’ve used it, has taken me to where I needed to go and has been polite about repeating “Recalculating”. It has also been quite satisfactory in urging me to “Turn left, turn left”. My husband’s GPS leaves a little more to the imagination and when it’s time to turn left, having notified you relatively recently that you will be expected to do so, simply pings. If you don’t turn at the ping then you are redirected.

On our recent trip through California from our home in Oregon (the plan being to pick up a new travel trailer in Texas and continue on our way), we started using his GPS when we got to Los Angeles. (I knew I should have taken mine, just knew it.) Right in the middle of a complicated, spaghetti-like freeway system, surrounded by a multitude of drivers who either knew exactly where they were going at a high speed or were really good at faking it, the GPS went dark. Aaaaagh! My spouse was able to head us more or less in the right direction while I tried to make sense out of a map and occasionally pointed out an intersection we should have taken just after we’d passed it. We finally reached the coast highway, at which point the GPS came on briefly and then died again. But we were close to Huntington Beach and our friend guided us by cell phone to his home. We decided that we should name our GPS and I suggested the name of Hope.

A few days later we were driving through El Paso, Texas at night. No need for Hope, we knew which highway we needed to take. But the well-lit signage I expected wasn’t there and, as chief navigator (ha!), I missed the sign. We drove on, thinking surely the sign would appear. El Paso seemed to be built in layers, like descending plateaus, each one covered with lights, endless. We had reservations in Carlsbad, Arizona that night. I finally inserted Carlsbad into the GPS and began to relax as Hope guided us in a large circle past a hospital and heading back the way we had come. No sign. Then we saw the sign on a street overhead. “That’s where we’re supposed to be”, said my frustrated spouse.

I glanced down at Hope and realized she was showing Carlsbad, California. Oooops. I reprogrammed. Finally we got onto the correct freeway and headed toward Carlsbad, Arizona. After being stopped once, when we were close to the Mexican border, by a Border Patrol check station we neared our destination. This highway was the best we’d been on so far—newly paved, newly painted lines, bright reflectors. I suggested it might have something to do with Homeland Security along the border.

One of the intriguing signs I jotted down as we sped through the dark and went over a pass was Guadalupe Mountains National Park. There was probably a great view and I’ve since learned that this desert mountain park is “the world’s premier example of a fossil reef from the Permian Era.” It also has great hiking and bird watching. Well, another time.

Suddenly Hope told us to turn left. We looked left but there were no lights, no signs of a motel. “At the first opportunity, do a U turn and then turn right in ½ mile, “ she said. We turned her off. We couldn’t believe she was telling the truth. Then we saw a sign that said Carlsbad Caverns Highway so, wanting to believe that was the right road, we turned. Rationally we knew the motel couldn’t be up that way, in a national park, but gave it a try. Understand that it was late and we were exhausted and desperately wished her to be correct. Up the winding road we went through what might have been a narrow canyon—who knows, it was pitch dark except for our car lights. To the end of the road. To the empty parking lot of Carlsbad Caverns National Park. Seven miles. And out again. Seven miles.

Back at the main highway I reentered the street numbers. I knew Hope had originally not accepted all four numbers of the street address, for some reason, but thought at the time that at least three numbers would get us to the town of Carlsbad and then I could try reprogramming. Wrong. It must have been the numbers for a house near Carlsbad Caverns Highway. Soon we were heading toward town but within the first mile Hope went blank again. We were able to find the motel without her, checking in at 1 a.m.—we’d lost an hour due to crossing a time zone. Did I say we were exhausted? Sometimes in life you just have to put Hope back in her box and function on the reality of old-fashioned maps and intuition.