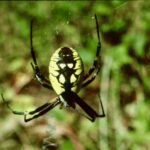 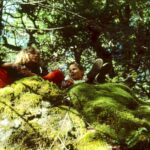 The call with regard to the water board came Monday. Jean Auer was going to interview me on the 24th or 26th. She said the position requires about 10 hours of study a month plus the meetings.

I picked all the pears last weekend and they were in town, slowly ripening. We got about a lug. Some were too high to reach but I thought we might be able to reach them the next day with the aluminum ladder.

On Saturday, the 20th, we were in town. Bob was helping Leonard with some of the painting on their house. The night before, Rebecca had gone into town with the Meyer family and several other girls to go roller-skating. She didn’t get home until 12:30 so she and I were both tired. She had a good time except when she arrived home and mashed her fingers in the sliding door of their van.

The previous Tuesday I’d gone out to the ranch with Doris and Jeff (who had been sick the previous day so I’d kept him home). Doris and I had a good visit and I watered the cement. Dropped Jeff off at piano lessons and visited a little more with Doris until I suddenly remembered that we’d invited Florence and Leonard for dinner that night!

I rushed home, after picking up Jeff, started a chuck roast soaking in wine, fixed a big apple cobbler. Got charcoal out for the barbecue. Bob came home and took over on that. Fortunately Florence and Leonard didn’t arrive until 6:00. It was a good dinner. Florence had brought corn and I had the water hot; rolls, salad, and cobbler for dessert. And while Florence and Leonard went down to sign up for a class I got the dishes done. Leonard showed some slides. 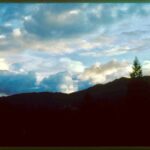 On Wednesday we got two tons of sand unloaded at the nursery school in the sandbox. Jack Simmons came with a dump truck. Don Lee Lewis fixed our fence. They poured the foundations for the new room on Thursday. That afternoon I was working over at the Recreation Building (on nursery school stuff) when Bob came over to tell me the school had called and Clarke was sick. Picked him up and called to cancel the sitter we had for that evening. I had a nursery school night class to teach and Bob had been going out to water the cement. He stayed home.

The class was difficult. We had to decide whether or not there were enough children for two classes. There weren’t. So I’d have 27—good thing there would be parent helpers. Couldn’t go to sleep that night so got up and read for a while— National Geographic article about strong women in the American Revolution. Felt much better! 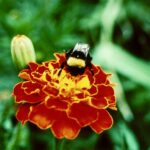 Friday Clarke and I went out to the ranch. I picked tomatoes, watered the cement. We ate lunch out there. That night Bob drove out to stay overnight and then go to Eureka the next day to get concrete cribbing for the bridge. He got two large ones and two small ones, all that he could carry in our truck.

The following weekend we were all out there. He again drove over to Eureka to get cribbing. That week had been really busy for me and included an airplane trip to Sacramento for my water quality board interviews. I ate lunch at the Redding airport and took a Nor-Cal plane. There were three of us on the plane until Chico where three more got on. I took a limo from the airport to downtown and was dropped off right across the street from the Water Resources Building. Took an elevator to the 10th floor. Waited about an hour. Read the paper and looked at a book on water and ethics. Was interviewed by Jean Auer. We talked for about 15 minutes. I noted that she had three boys—11, 9, and 7 and was about my age. Then she had to go to another meeting. 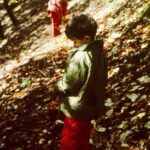 I called my sister-in-law, Nancy Adrian (she and her family were living in the Sacramento area then.) Went downstairs and waited until she and Noel came to pick me up. I got to sleep in Noel’s room. Nancy and I stayed up late talking. The next day I washed the breakfast dishes while she took Kent to school. His bike had a flat tire. Nancy took me back to Sacramento and dropped me off at the Air Resources building where I had about a 20-minute interview with Tim Quinn. Then Nancy and I went to a place called The Building, which had a lot of crafts for sale—leather, pottery, jewelry, etc. We then went to meet Cheryl Morris for lunch. She was working for Cal-Western Insurance. We went down the street where we had avocado, tomato and sprout sandwiches. We had a good visit with Cheryl and then walked quickly through the capitol. Nancy took me back to the airport and I was back in Weaverville a few minutes before six. 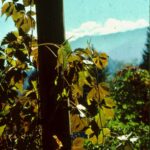 Rebecca had fixed baloney sandwiches and Bob was fixing a salad. We ate and then I got my projector, slides and screen and left for the nursery school night class. After the business meeting I showed slides of two year’s classes to share some of the things we did. Then Gail Braxton talked about Montessori Schools. Got home exhausted but too stirred up to go to sleep so I read the paper and didn’t get to sleep until 11:00. Wasn’t good for much the next day.

Saturday the children and I went out to the ranch, arriving around 1:30. We stopped at Big Bar to get the paper and cold drinks. After lunch I took pictures of a large spider on the edge of the porch roof and later some of the skull down on the mossy tree by the old trail. Got some of the children too, that might do for our Christmas card.

Bob got up at 5:30 and I went down to the creek with him. We unloaded the concrete cribbing with the boom truck. Came back up to the house and he helped fix dinner.

When I went to Sacramento Bob had taken Clarke to Linda Lindsey’s in the morning—Clarke and Rebecca came home on the bus at 3:00. Jeff got off at Dockery Street at 2:00 and walked up to Ohde’s; Doris brought Jeff and Linda to our house a little after 3:00 so there was someone with them until Bob got home. 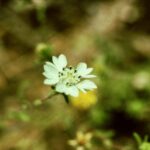 Note: For me, all this travel by plane and arriving at destinations in an unknown, to me, urban area was exciting and stressful and stimulating to mind and body. It was the beginning of a whole new dimension for me. At this time I still didn’t know whether I would get the position. There was no salary, but there was per diem. More about what was involved in serving on the board later.