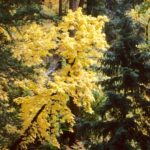 On November 25th we left the children with Patty and went back out to the ranch to try to finish up the work in the creek. The phone wasn’t working so I couldn’t check with her on the kids. We got the logs out but it took until dark. Bob had to cut one into two pieces. We loaded two large pieces into the truck. It rained most of the time—we’d cleared rocks out of the road all the way out. Took the truck back up to the house to lock up. Coming back down to the creek we had to stick our heads out the windows to see because of no headlights. Back in our vehicle we headed for home and got there around 7:00.

I went to check on Clarke, who was asleep, and he was really hot—breathing was very raspy. Took his temperature only long enough to see that it was over 103 degrees and called the hospital. They gave me Dr. Breeden’s number and I called there. He met us at the emergency room and Clarke was admitted. They put a tent over his crib, turned on a vaporizer and gave him a shot so he could breathe. I got home about 9:00 and ate dinner. Florence checked on him at 11:00. His temperature was 104 and they were putting wet towels on him. I stayed with him most of Monday. Florence took over in the morning for an hour or so, so I could wash the dishes and eat lunch.

Monday morning another child was brought in—extremely sick. I’d never before seen a child that ill. After X-rays they moved her into another room. She was sent from there to Redding and then to Sacramento where she died from what was apparently later identified as Reyes Syndrome. Whatever the diagnosis, it was absolutely heart-breaking. In my journal I talk a lot about trying to figure out children and death and struggled with condolence letters. I was pretty despondent and didn’t want to leave our children with anyone for a while. My journal was kind of depressing to read for a few days. It had been raining a lot and people were feeling pretty grim even without such tragedy.

Bob walked to work on the 30th and I thought he was starting on a health exercise kick “which is a good thing.” Clarke ate a big lunch that day “so I guess he has recuperated”.

On Monday, December 10th I wrote that Scott had gone out to the ranch that weekend to help Bob get out the last of the logs. The previous Tuesday was the last night of the Parent Effectiveness class. And Thursday night I showed a film on Children and Emotions at the nursery school night class. We’d taken the class to visit the pet store and the bakery that day.

Scott went out to the ranch again with Bob to do some more work. He really liked it out there. He ate dinner with us that night. (I think during this time I fixed peanut butter and lettuce sandwiches for them for lunch. He still remembers those sandwiches and it wasn’t because he loved them!) We all went out with Bob and Scott on Sunday. Clarke took a nap after lunch, for once, and Rebecca and Jeffrey and I collected horseshoes. I wanted to put some on a board for a wall hanging for the Ohdes. (Which I did, open side up, of course). I cleaned out a lot of the branches that the bear had broken off the big apple tree and transferred some madrone, which Scott had cut, from the VW to the boom truck. “The fog cleared away after 1:00 and we had a beautiful day—in the sun we didn’t need jackets. I took some pictures over by the blacksmith shop of wood texture and color. “ 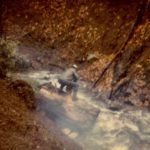 Jeffrey went to Scot Muir’s birthday party on Saturday. On Sunday Florence and Leonard, Vernon and Ruth, and Bob Grant and his wife drove over to Scott Valley to get hay. They took our stake-side truck over as well as their truck. Bob and Scott had brought in our stake-side truck full of wood from the ranch Saturday night.

I got all the Christmas packages into the mail the previous week and had almost all the out- of- town cards mailed. Dave Ohde was coming over to work on his tape recorder, testing it in Bob’s shop, for several nights.

My birthday arrived—Bob gave me a note that said, “for the one I love, a gift of security and good taste.” The good taste was our repaired toaster and the security a chunk of firewood. Rebecca gave me a glitter picture and the boys, with Bob’s help, a nutcracker and a nut grinder.

We had eaten dinner with Alice and Horace on Christmas Eve. Peter, Angenett and children were there. Good dinner and a good visit. Clarke was asleep by the time we got home. I tucked him into bed and then read “The Night Before Christmas” to the others. 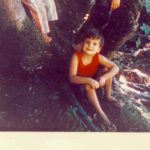 The children woke around 8:00 on Christmas morning. Rebecca took the stockings into the bedroom. I’d made yeast breakfast rolls the day before and while waiting for Bob to get out of the shower (he took loooong showers), we ate some and had orange juice. The children got some practical things from us as well as toys but seemed to like those-bedspreads and a few clothes, as well as the toys. I gave Bob a sturdy air mattress and Foxfire II. He gave me a new camera case—had to convert it from part of the old one to make it fit, and a case for the light meter. Rebecca gave us a little jar of saltwater taffy, decorated like Santa Clause, which she fixed at school; Jeffrey a wooden plaque with a flower design from pine cone brackets; and Clarke a Christmas tree ball from nursery school.

That afternoon we visited with Peter and family and drank hot buttered rum. Christmas evening we ate with Florence and Leonard. “ I guess I should have had them up here but wasn’t really thinking ahead.” Later the whole family ended up at Dick’s for a couple of hours. Kay took a picture of Dick playing his trumpet and Bob playing Dick’s new banjo.

The next day Angenett went to Chico on business, and Peter took Nick and went to Nehalem to see our parents. Jessica and Cedric spent the afternoon at our house.

New Year’s Day was clear and very cold, some sun. We went down to Big Flat where we drove up the Manzanita Ridge Road—could look across and see the big field above Hostetter’s. There were some cattle in it. We drove back down and ate lunch at the campground. It was very cold but we had hot chocolate and sat in the sunlight. Then we walked out the old highway a little way. Drove up to the ranch. Bob looked over some books on grasses, Clarke played in the sand where the pool goes, and Rebecca and Jeffrey and I played with the Frisbee. We had a good day.
Dave Ohde spent the day at our house, while we were gone, working on his tape recorder.

Two days later it was snowing and we had a little over an inch of powder on the ground by noon. Bob walked to work and fell right by Meyer’s, spraining his knee badly. Fred Meyer took him to work. I brought him home for lunch. His knee was quite swollen. I hauled the garbage to the dump that afternoon.

On January 10th I wrote that “The switch to daylight savings time on the 6th makes getting up in the morning very difficult. The children go down to the bus stop with a flashlight.” Bob left that morning to drive to Redding and then fly to Bakersfield. He would be back Saturday.

On Monday I drove to Redding for a Community Concert executive committee luncheon meeting—not my normal thing but members were welcome. I thought if I went to that then missing an evening board meeting because of weather would be ok. It was snowing so I drove slowly. After the meeting I went to Dicker’s to get a bed cover and then home. Tuesday went to an elementary school board meeting. On Wednesday I took Clarke to Debbie Fisher’s and went over to work with five students from Rebecca’s class, including her, for an hour. Took them to the library to use the card catalog, etc. That night there was a nursery school board meeting at Janice Thomas’ house. Thursday night the nursery school parents had a class on music from Dick DeRosear.

The previous Saturday, after a hectic morning with children, Bob watched them while I took a walk. “Went up past Bagley’s (later Senta Moore’s) and took the right-hand trail up the creek. It was snowing just a little—fine powder sifting down. Sat up on the ridge and looked at Weaver Bally and the snow-etched trees around me and the clouds with the sun shining through them and drank coffee from my thermos. Thought about what it would be like just to sit there against the tree and let the peace and the cold and night cover me up. An interesting thought but soon rejected! It would be fine if I were a tree or a rock.”

One day Bob took Jeffrey and, during the noon hour, flew over the Stygar place on Big French Creek, the ranch, and the upper ranch. 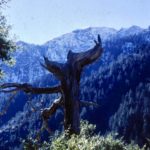